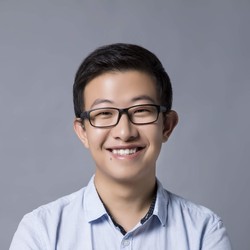 Fan DANG (党凡) is currently a research assistant professor (助理研究员) at Global Innovation Exchange (GIX). He was previously a postdoctoral research fellow at School of Software, Tsinghua University, in collaboration with Prof. Yunhao Liu. He received his B.E. and Ph.D. degrees from Tsinghua University in 2013 and 2018.

He is a fan of open source and proudly a member of TUNA.

The widespread of smart devices and the development of mobile networks bring the growing popularity of live streaming services worldwide. In addition to the video and audio transmission, a lot more media content is sent to the audiences as well, including player statistics for a sports stream, subtitles for living news, etc. However, due to the diverse transmission process between live streams and other media content, the synchronization of them has grown to be a great challenge. Unfortunately, the existing commercial solutions are not universal, which require specific server cloud services or CDN and limit the users’ free choices of web infrastructures. To address the issue, we propose a lightweight universal event-synchronizing solution for live streaming, called LSync, which inserts a series of audio signals containing metadata into the original audio stream. It brings no modification to the original live broadcast process and thus fits prevalent live broadcast infrastructure. Evaluations on the real system show that the proposed solution reduces the signal processing delay by at most 5.62% of an audio buffer length in mobile phones and ensures real-time signal processing. It also achieves a data rate of 156.25 bps in a specific configuration and greatly outperforms recent works.

As the most widely applied public-key cryptographic algorithm, RSA is now integrated into many low-cost devices such as IoT devices. Due to the limited resource, most low-cost devices only ship a 2048-bit multiplier, making the longest supported private key length as 2048 bits. Unfortunately, 2048-bit RSA keys are gradually considered insecure. Utilizing the existing 2048-bit multiplier is challenging because a 4096-bit message cannot be stored in the multiplier. In this paper, we perform a thorough study of RSA and propose a new method that achieves the 4096-bit RSA cryptography with the existing hardware. We use the Montgomery modular multiplication and the Chinese Remainder Theorem to reduce the computational cost and construct the necessary components to compute the RSA private key operation. To further validate the correctness of the method and evaluate its performance, we implement this method on a micro-controller and build a testbed named CanoKey with three commonly used cryptography protocols. The result shows that our method is over 200x faster than the naïve method, a.k.a., software-based big number multiplications.

In this paper, we present our endeavor in understanding fileless attacks on Linux-based IoT devices in the wild. Over a span of twelve months, we deploy 4 hardware IoT honeypots and 108 specially designed software IoT honeypots, and successfully attract a wide variety of real-world IoT attacks. We present our measurement study on these attacks, with a focus on fileless attacks, including the prevalence, exploits, environments, and impacts.

Automated Fare Collection (AFC) systems have been globally deployed for decades, particularly in the public transportation network where the transit fee is calculated based on the length of the trip. In this paper, we identify a novel paradigm of attacks, called LessPay, against modern distance-based pricing AFC systems, enabling users to pay much less than what they are supposed to be charged.

As the most widely applied public-key cryptographic algorithm, RSA is now integrated into many low-cost devices such as IoT devices. …
Fan DANG, Lingkun Li, Jiajie Chen

A Survey on Edge Computing for Wearable Technology